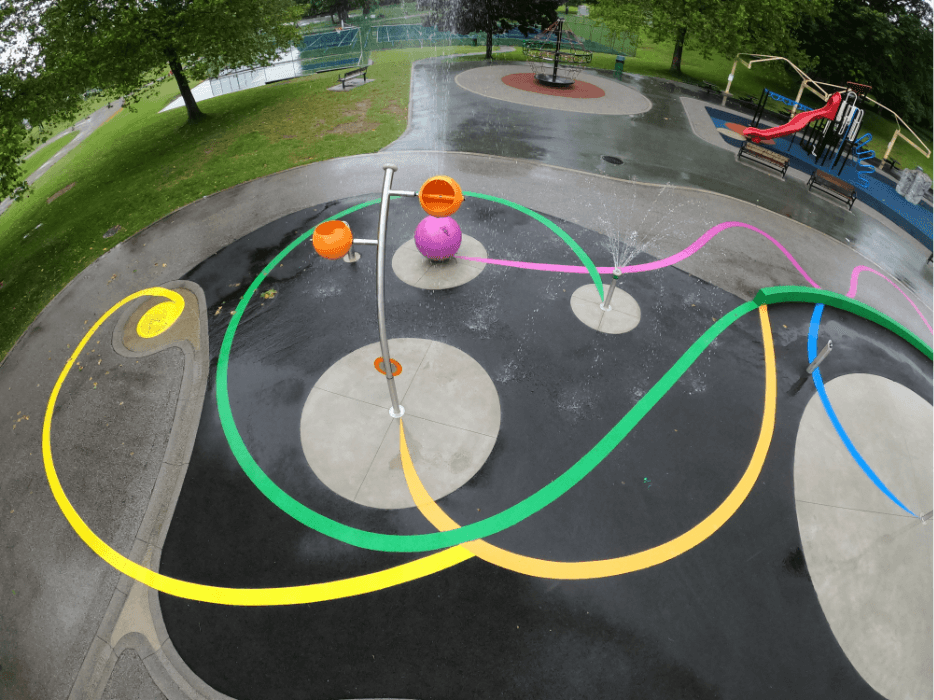 The revitalization of the existing water play feature at Confederation Park presented an exciting opportunity for the City of Burnaby and Space2place – to create a new water play feature that is safe, fun, accessible, durable, and efficient 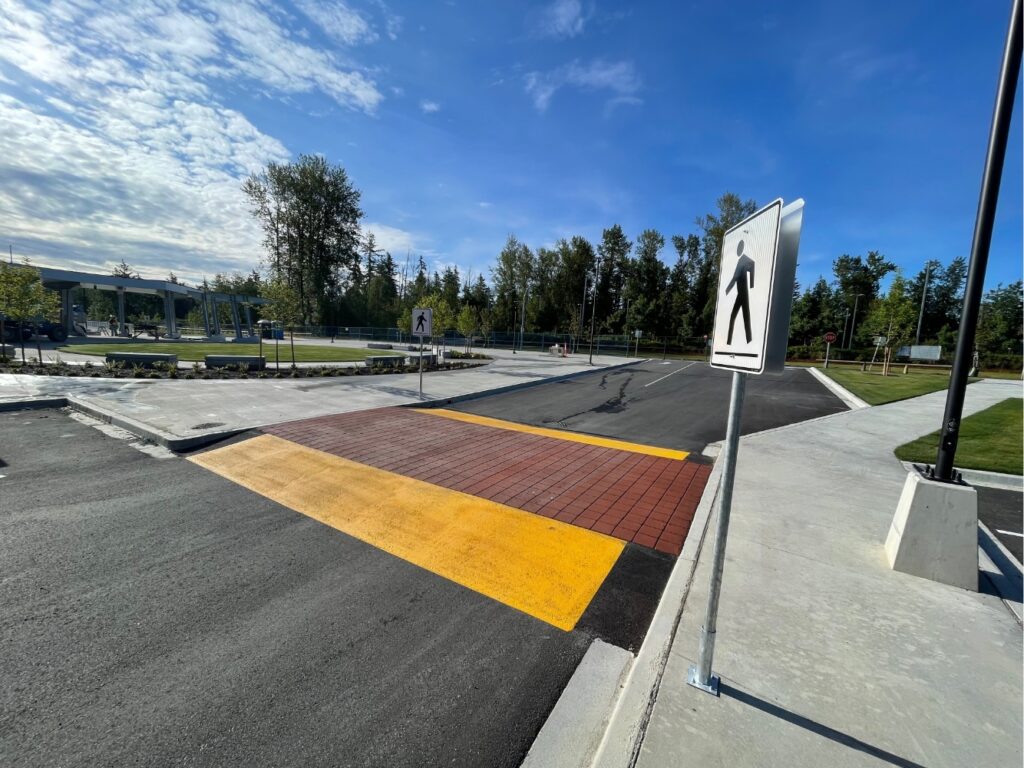 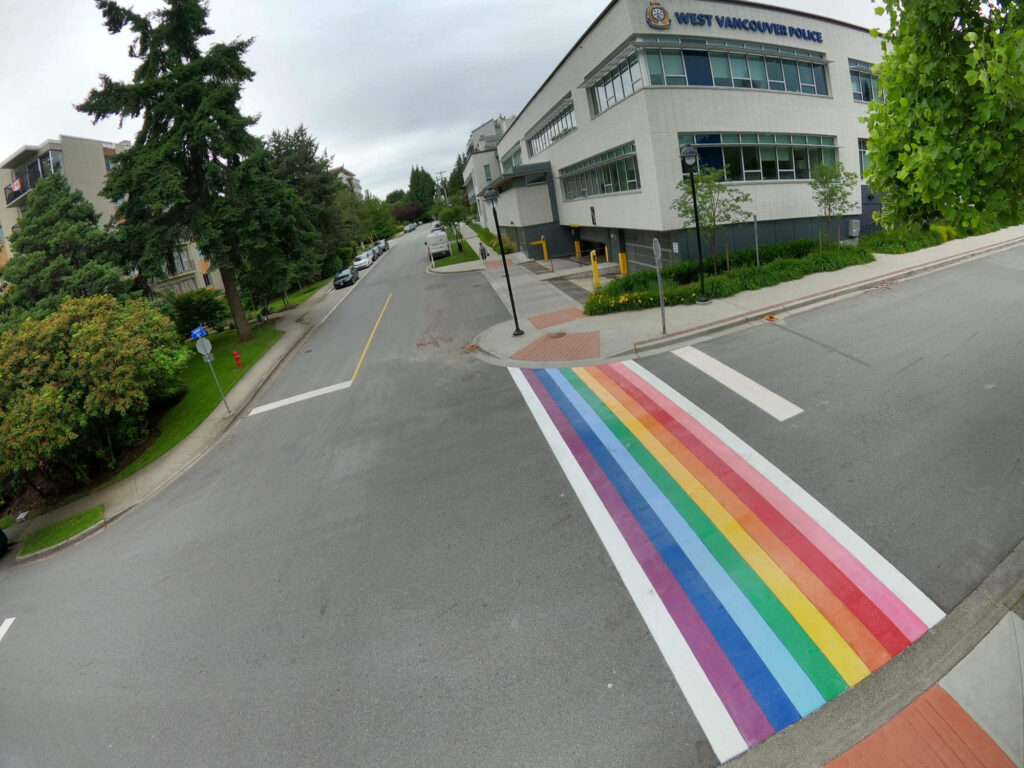 On June 30, the West Vancouver Police Department held a small ceremony to unveil the new rainbow crosswalk outside the police station. The rainbow crosswalk was created using TrafficPatterns, a preformed thermoplastic for impressive, long-lasting, high visibility crosswalk and concrete, when mixed with StreetBond® SB150 Pavement Coating Part B and StreetBond® Colorant to asphalt surfaces, to provide […] 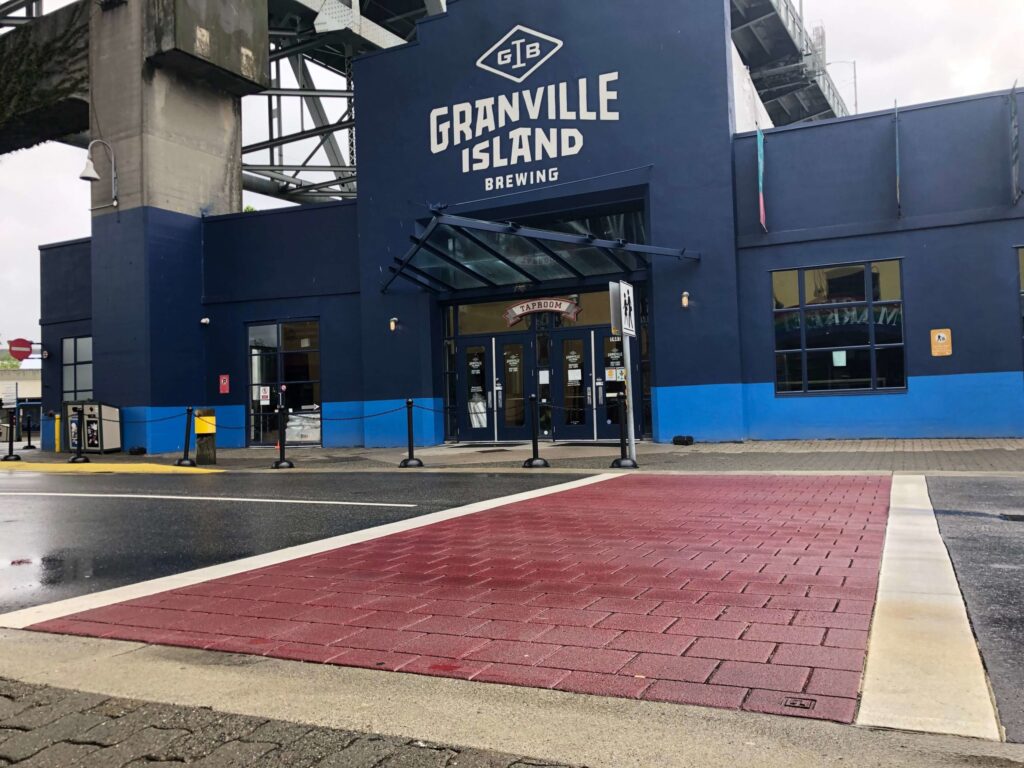 This TrafficPatternsXD Crosswalk on Granville Island installed just over two years ago, looks as new as the first day it was installed in cooperation with HUB Surface Systems TrafficPatternsXD decorative pattern paving is a stamped asphalt, preformed thermoplastic treatment designed to perform under high traffic road conditions. It is an ideal choice for enhanced crosswalks within roadways and commercial parking lots. It’s fast […] 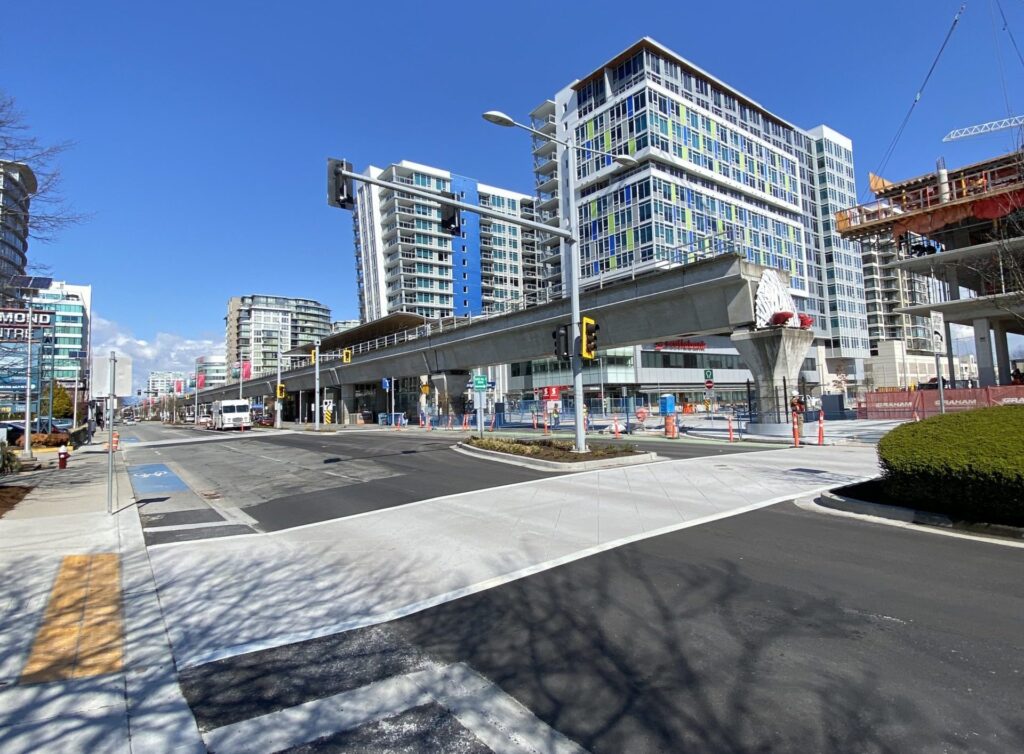 TransLink’s Brighouse Station in Richmond is in the final stages of completion. Part of the improvements were the installation of TrafficPatternsXD crosswalks pithing the development area and across No. 3 Road. TrafficPatternsXD is a stamped asphalt, preformed thermoplastic treatment designed to perform under high traffic road conditions. It is an ideal choice for enhanced crosswalks within roadways and commercial parking lots. Fast to install, […] 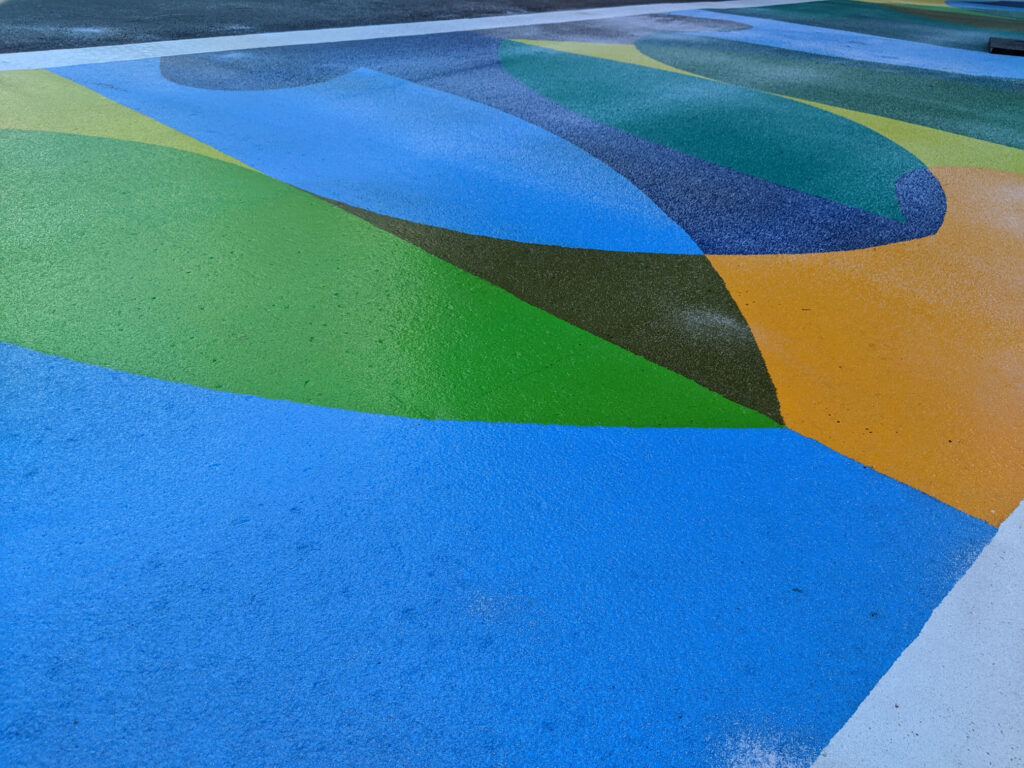 We are helping the University of British Columbia and Musqueam to build a a feature crosswalk using our patented TrafficPatterns at the intersection of University Boulevard and Wesbrook Mall. (Materials provided by HUB Surface Systems).  The design was created collaboratively between UBC & Musqueam to enhance the arrival experience to campus. The decorative crosswalk uses the UBC & Musqueam crests woven together, acknowledging that UBC is situated […] 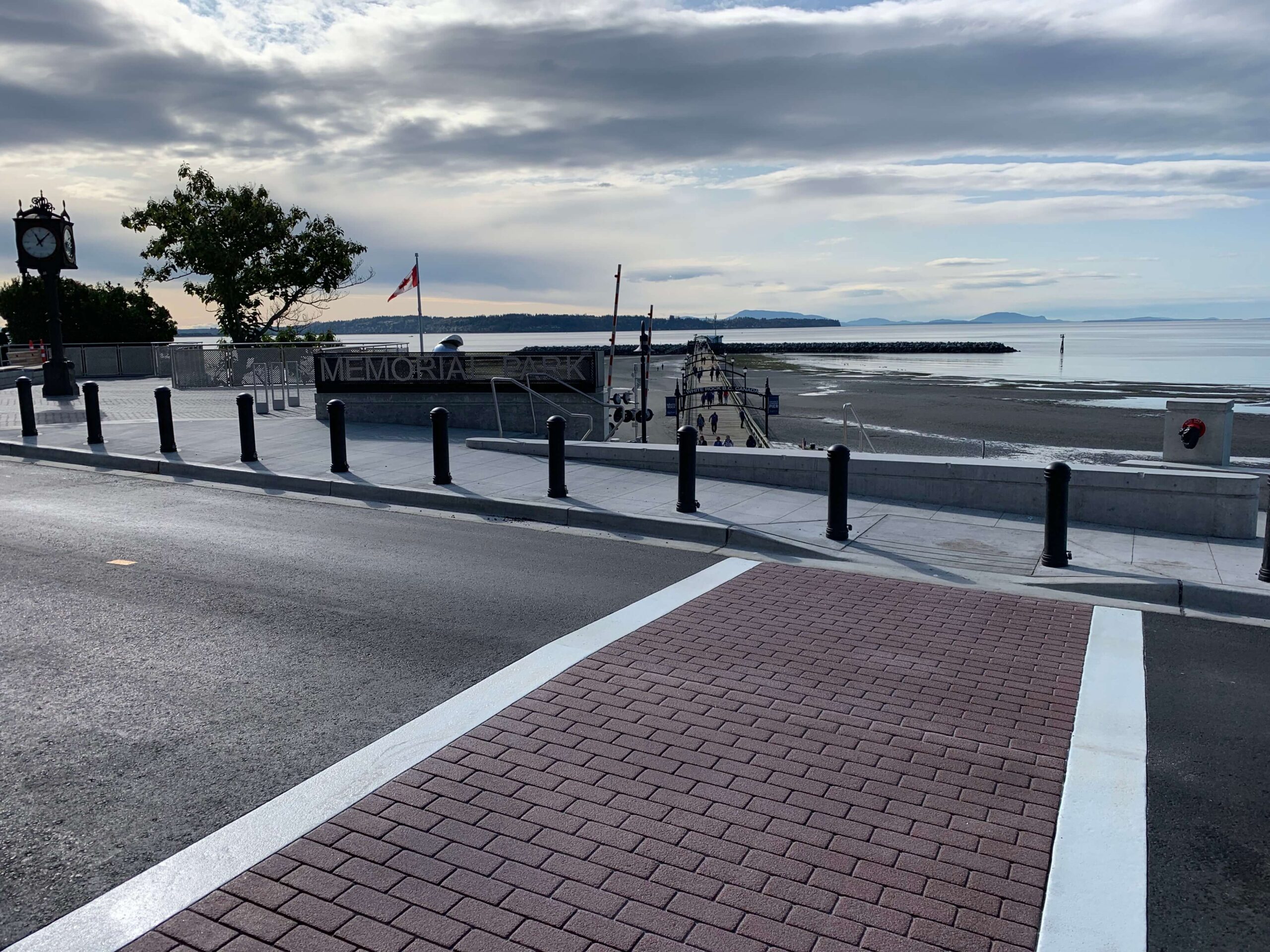 Take a look at the newly upgraded White Rock Pier. White Rock re-opened the Pier this September Labour Day long weekend. The upgrade includes a new TrafficPatternsXD Decorative Crosswalk The damaged section of the pier cost $4 million to repair, while another $11 million was needed for upgrades to the rest of the pier so it can […] 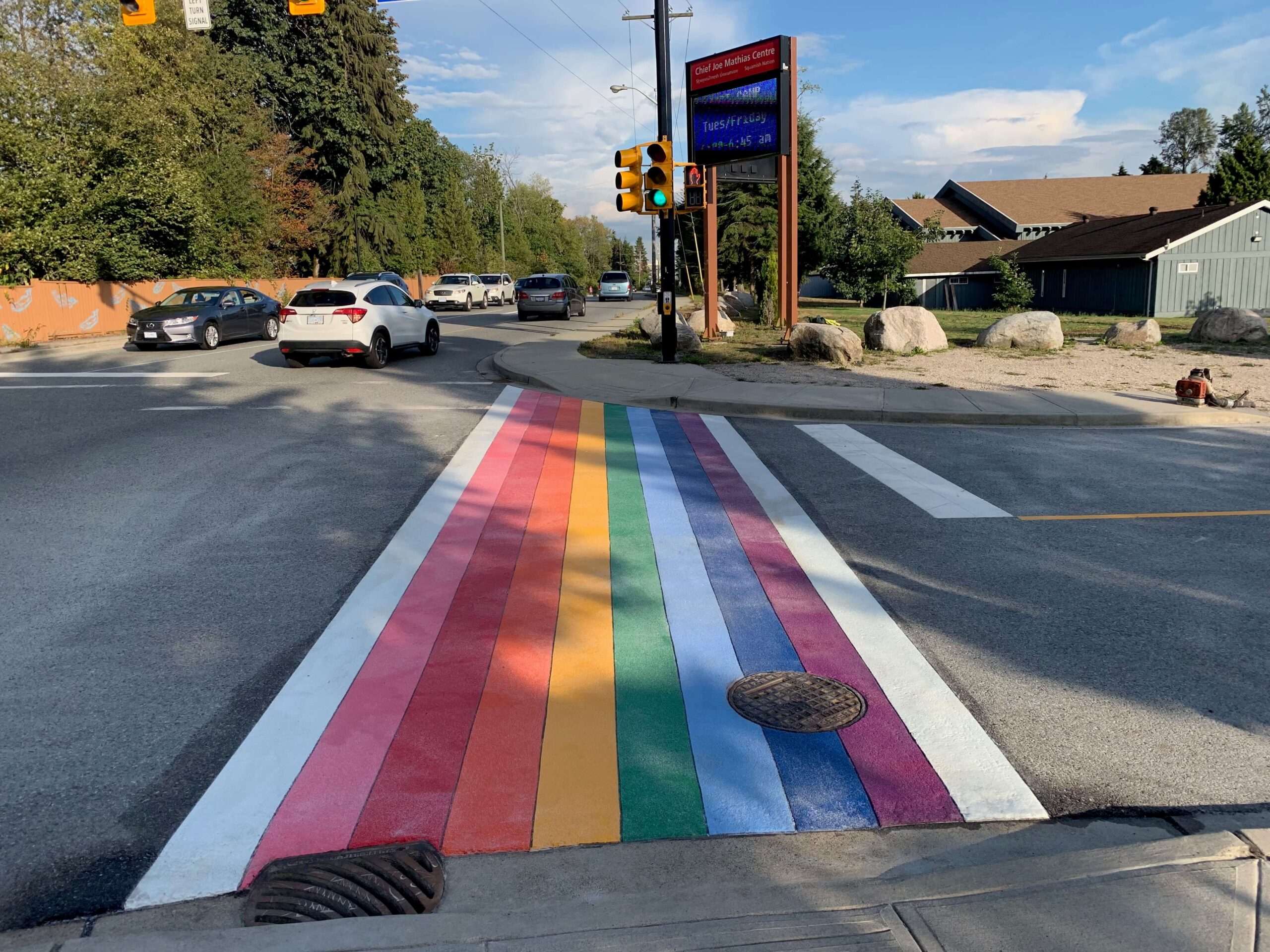 Check out our most recent Brilliant Rainbow Crosswalk for BC. This time we have installed the new crosswalk for the Squamish Nation (Sḵwx̱wú7mesh Úxwumixw). The crosswalk was installed using our colourful patented TrafficPatterns product which is outfitted with Corundum (Crushed Diamonds), which adds to the materials structural integrity and provides excellent traction for motor vehicles and pedestrians. The Rainbow Crosswalk is […]

Crosswalks at three Commercial Drive intersections have been decorated with the green, white, and red colors of the Italian flag at little Itlay, Vancouver. This specific Vancouver project is comprised of a variety of our premium products, including Decomark and our TrafficPatternsXD line. DecoMark is a Custom Wayfinding and Horizontal Surface Markings and graphics solution with application to […] 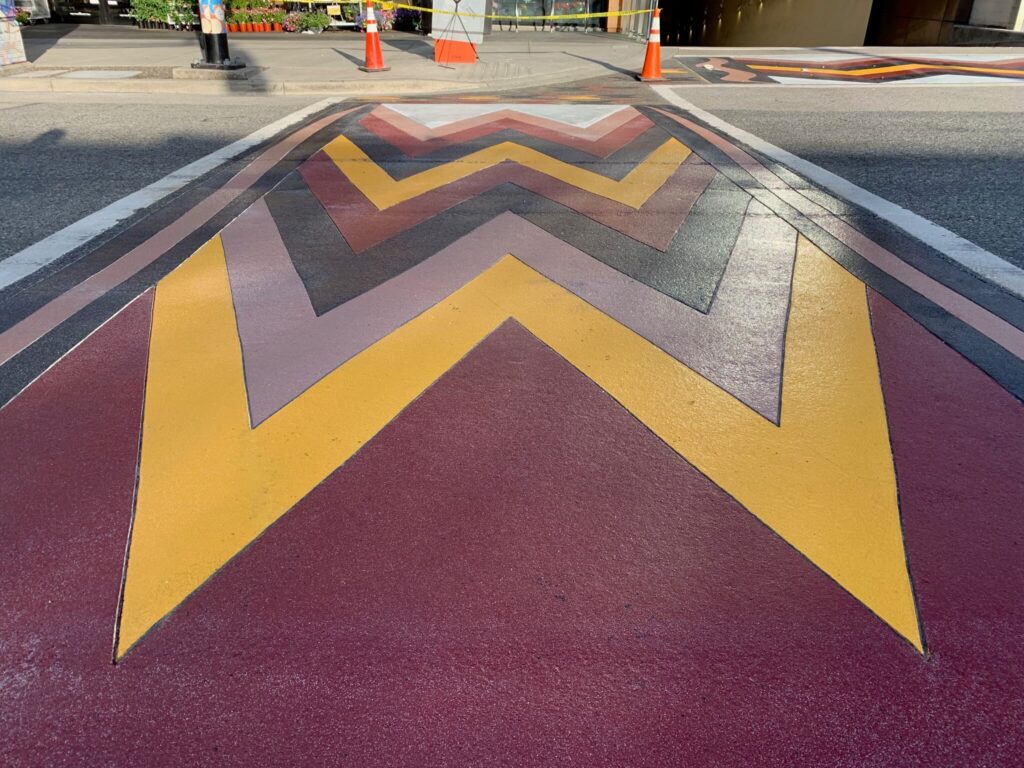 In collaboration with Musqueam, we’re pleased to introduce a new original crosswalk design by Musqueam artist Robyn Sparrow, using our TrafficPatterns product. Earlier this week, coinciding with National Indigenous Peoples Day, the City of Vancouver unveiled a new three-section crosswalk designed by Musqueam First Nation artist Robyn Sparrow. This commission for this project resulted from an open call to Musqueam […]